Top 3 Reasons You May Be Confused By Others’ Behaviour 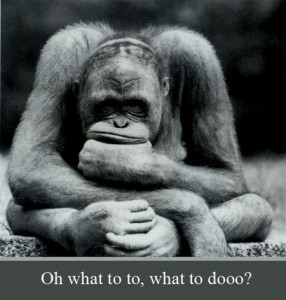 ow many times in the last month have you thought to yourself that you just don’t get somebody’s behaviour?

It happens all the time and it’s very easy to get sucked into what is going on. You could waste minutes, hours, even days of thinking and talking about it with colleagues, trying to figure it out. STOP!

For example, a change programme I worked on had a very senior manager who was supposed to be driving forward the programme. Instead they were micro-managing and attempting to introduce all sorts of tasks that would delay the programme if allowed to proceed. This had some people tearing their hair out with frustration. Initially this person was opposed to the programme going ahead and it had been believed that this had changed. Certainly everything they said was in support of the programme. Their actions on the other hand…

So what could be happening in this and similar situations where behaviour doesn’t make sense?

Typically this is where a person says one thing, yet does another. Often they are completely unaware of this lack of integrity and have no idea of the damage it causes. It’s impossible to have true collaboration when there is no trust and how can you trust somebody who acts like this?

Sometimes people have an agenda and will purposely act this way because that’s how they believe you get what you want. You’ll have to tread carefully here depending on your position in the organisation and the political situation. Whatever the situation, one thing you can do is realise that if their behaviour doesn’t make sense, stop trying to figure it out and just get on with what you’re supposed to be doing.

If you’re not clear on what that is and you are reporting to them then you have every reason to make it clear, preferably in writing if possible (you can always send an email to confirm a conversation). This is a typical time consuming aspect of lack of trust in an organisation.

If they are reporting to you though you are in the perfect situation to pull them up about this kind of behaviour and make it clear that it is not acceptable. Just make sure to look in the mirror first just in case they learned it from somebody nearby…

3.     They are exhibiting a negative pattern of behaviour

There is a whole host of underlying causes for the symptoms you may spot, such as:

Often these kind of underlying patterns show up as an ‘overdone strength’ that becomes a weakness. Such as in the example of the programme I worked on mentioned earlier. This person is an incredibly talented detail person (I’m not saying any more to protect their confidentiality!) Yet because of their own uncertainty, fears and concerns about loss of power they became a control freak extraordinaire, having a negative affect on the work of many, many people.

What can you do?

Here are a couple of suggestions you could use to deal with this.

The first is to ignore what they do and do what they say. That’s probably what’s best for the business anyway. If you just accept that’s just the way they are for now and get on with things you’ll be much more productive.

The second is to bring it to his or her attention, perhaps with the help of somebody else. This could be done quite subtly with the use of humour. A bit of banter that may just get them thinking…

Alternatively you could sit them down and have an open and honest conversation – diplomatically of course – yet still saying what you mean. A coaching approach where you ask them questions to help them realise it themselves would probably work best. That may be a bit more challenging of course if the person involved is actually your boss!

What are your experiences? What did you do and how did it work?