↓ Skip to Main Content
Home › Blog › How Olympian Are You?

How Olympian Are You? 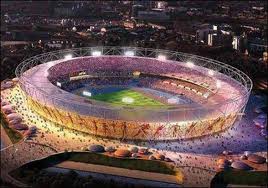 This is a guest post from the creator of Talent Dynamics (and Wealth Dynamics, the entrepreneurial version), Roger James Hamilton, that I just had to share with you.

What does the Olympics have to do with you and your life? Few people relate psychologist Carl Jung with the Olympic symbol, yet he is the original designer – and the five rings symbolise the five strengths to live an Olympian Life.

When the founder of the modern Olympics, Pierre de Coubertin, was looking for a symbol for the games, he turned to his friend Carl Jung. Jung knew the circle was the symbol of potential and life in ancient cultures, and introduced the idea of the five interlocking circles as a reflection of five energies – the same five found in Chinese philosophy (Jung was the first to publish the I Ching in the West, and at the 2008 Beijing Olympics the Chinese returned to the initial concept with their five mascots representing water, wood, fire, earth and metal).

This year the symbol is 100 years old, and in 1912 when Coubertin introduced it he also introduced what he saw as the keystone Olympic event, the Modern Pentathalon. This had five disciplines that to him summed up the five key attributes every ‘Olympian’ individual should have. How do you square up in these five areas in your life and business?

1. SWIMMING (Element = Water / Spirit / Blue): This discipline is about rhythm. Rhythm keeps us breathing, above water, and moving forward at pace. What is the level of rhythm you have set in your life and business, and where is there stress and disharmony where rhythm has been lost and where you’re out of synch?

2. SHOW JUMPING (Element = Wood / Spring / Green): This discipline is about power. Not the power of the rider, but your ability to harness the power of the horse. How well are you harnessing the power of your business, your market, your industry? A clue: If you’re the one doing all the work, you’re not the rider. You’re the horse.

3. FENCING (Element = Fire / Summer / Red): This discipline is about flair. Your success is dependant on having an opponent to spar with and how well you dance with them. Who are you fencing with in a way that you both are upping your game? Who should you be fencing with? And are you doing it with honour?

4. CROSS COUNTRY RUN (Element = Earth / Autumn / Yellow): This discipline is about perseverance. Cross country is about running through the elements and adjusting with the terrain, slowing when you need to and speeding up where you can. Where should you be slowing down and speeding up to win your race?

5. SHOOTING (Element = Metal / Winter / Black): This discipline is about precision. As distinctly different to the other four as they are to each other, this is not about physical exertion, but the ability to quiet the mind, let the body disappear, and hit the target. How well are you hitting your targets by doing the opposite of working hard?

Today, winning an Olympic medal isn’t on many people’s to-do list. Mainly because – without the right skills and sacrifice an Olympic medal is simply out of reach. De Coubertin’s vision was not this. It was to make sport accessible to everyone, and to use the Olympics as a way to demonstrate how sport can highlight the skillsets we need to excel at an ‘Olympian’ level in life.

So to make the most of this year’s Olympics – Be inspired by the athletes competing in the London Olympics, but also bring these five disciplines into your own performance in life, and claim your own gold.